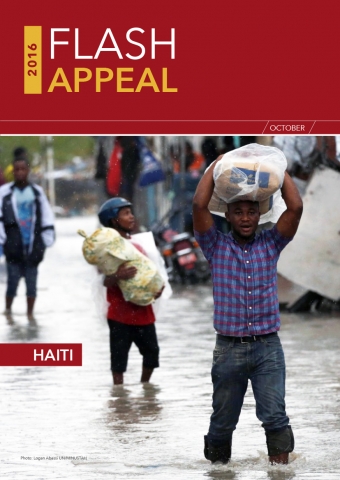 After cutting a deadly swath across the Caribbean region, Hurricane Matthew, a Category 4 storm with sustained winds of 235 km/h, violently struck south-western Haiti on 4 October causing widespread damage, flooding and displacement. The poverty level of the population in this area reaches 70 per cent. Hurricane Matthew has resulted in the largest humanitarian crisis in Haiti since the 2010 earthquake at a time when the country is already facing an increase in the number of cholera cases, and severe food insecurity and malnutrition.

To read more dowload the document produced by the United Nations Office for the Coordination of Humanitarian Affairs in collaboration with humanitarian partners in support of the national government. It covers the period from October - December and is issued on 10 October 2016.