The drought has become a frequent phenomenon in Pakistan. The drought in 1998–2002 is considered worst in 50 years. According to the Economic Survey of Pakistan, the drought is one of the factors responsible for poor growth performance. Recent drought/drought-like conditions have been prevailing since 2013 which have impacted livelihood and food security in parts of Sindh and Balochistan, particularly in western, central and southern districts of Balochistan and south eastern and western districts of Sindh. 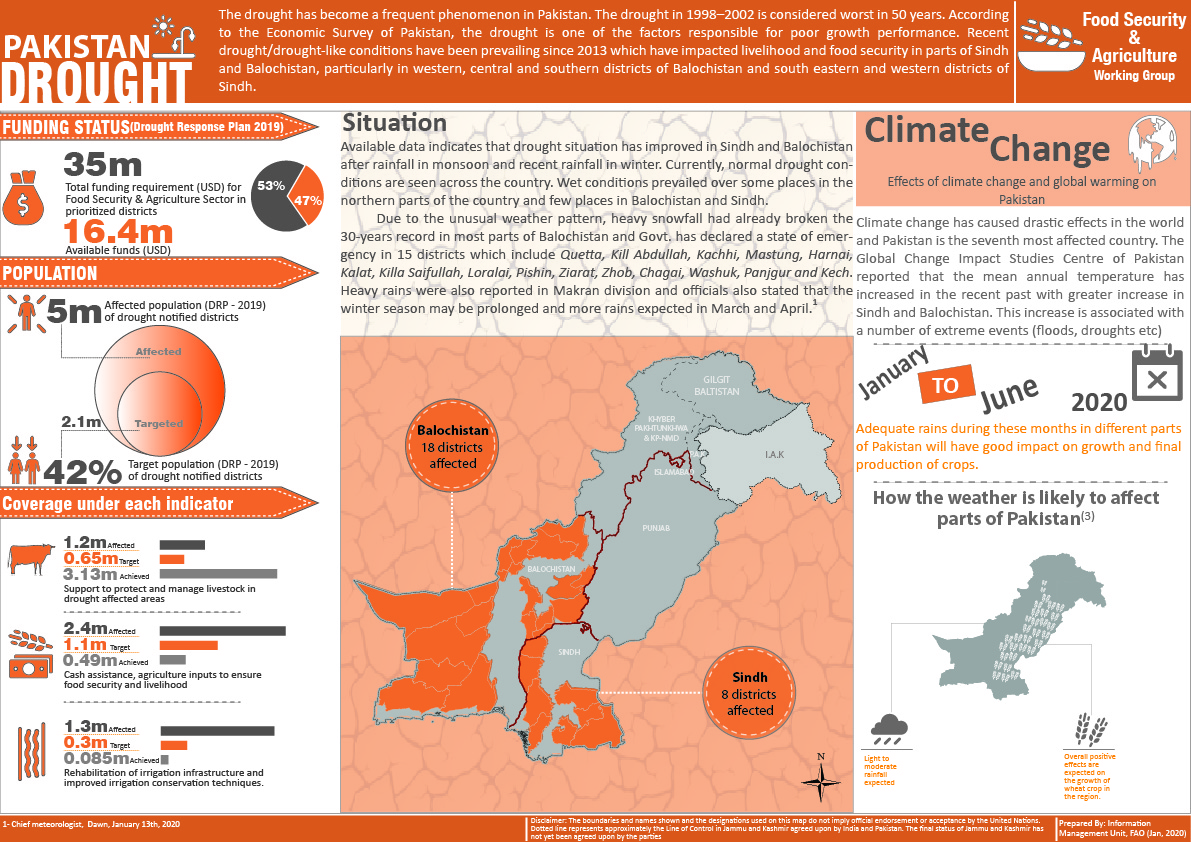