Northeast Nigeria: Changing lives in Kiribiri
After years of protracted conflict, a livelihoods project is helping families produce food for themselves again 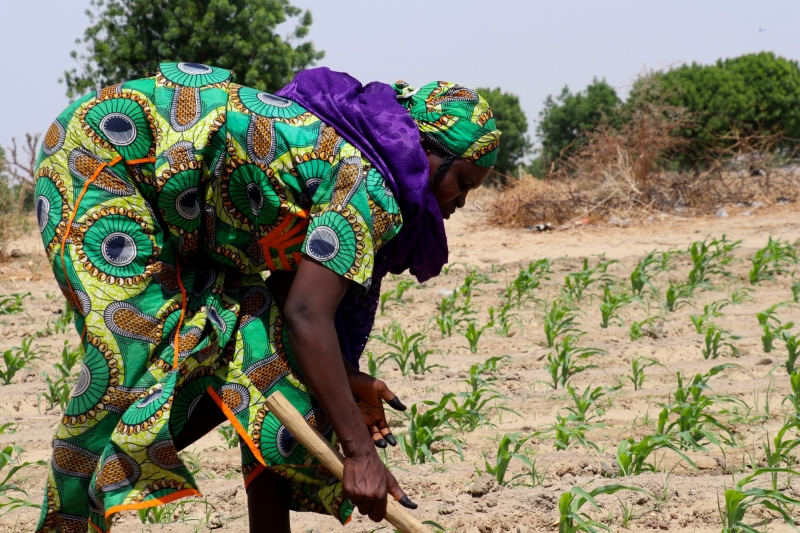 “We lived an impoverished life. We once begged for food — and we still do sometimes,” says Yagana Bagare, a small-holder farmer in Kiribiri. Photo: WFP/Adedeji ADEMIGBUJI

It is nine o’clock in the morning in Kiribiri, a dust-covered little village in Nigeria’s northeast. Yagana Bagare heads for a small plot of land outside of the village where she recently planted maize.

Although it is still early in the day, the heat is already intense. Sometimes it gets as hot as 45 degrees Celsius. But that does not deter Yagana Bagare from walking very fast. The 30-year-old is looking forward to weeding around the crops she planted only a few weeks back. For the first time in years , she can enjoy watching her plants grow.

Since the eruption of conflict — now in its ninth year in northeast Nigeria — going to work in fields outside villages and towns has become a scary prospect. The fighting has forced 1.6 million people in Borno, Adamawa and Yobe states — the three most affected north-eastern states — to flee their homes.

Like many other villages, Kiribiri, which is some 20 km away from Maiduguri, the capital of Borno state and epicentre of the conflict , has been severely affected. Yagana and her husband used to be happy farmers and have become destitute.

“We lived an impoverished life. We once begged for food — and we still do sometimes,” says Yagana Bagare. “My husband pushes a cart at the market to survive but we barely live a good life.”

But change is imminent. A programme known as FADAMA (meaning irrigable land in the Hausa language), funded by the World Bank through the Nigerian government with the World Food Programme (WFP) as one of the partners, is supporting families to reinforce self-reliance. 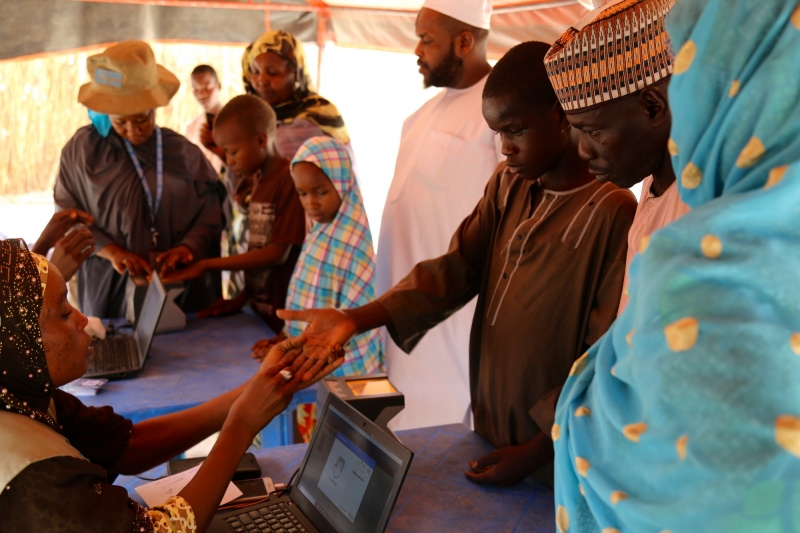 Before joining the FADAMA project, WFP registers participants and their families on its SCOPE platform. SCOPE is used to administer both lifesaving assistance and livelihood projects. Photo: WFP/Inger Marie VENNIZE

The plot of land that Yagana Bagare is hurrying to was allocated to her as part of the FADAMA livelihood project. The land was provided by 85-year-old village head, Zanna Lawan Umar, for use by the poorest young families of Kiribiri.

Salisu, Yagana Bagare’s husband, often joins her in the field. He would normally be pushing carts at the local Muna market, which has been attacked by suicide bombers several times. Now, as part of the WFP-FADAMA scheme, he feels safer and less dependent on external help. 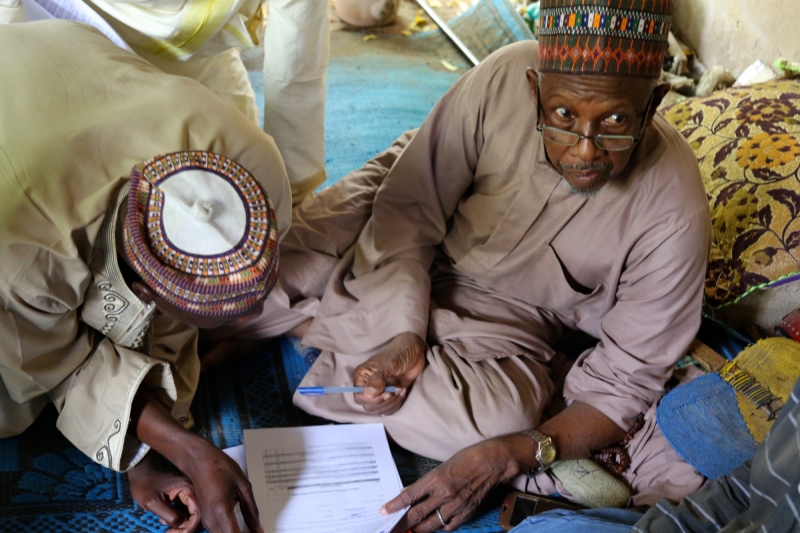 Village councils selected people for this project benefiting a total of 7,000 people and their families in the Maiduguri area. In Kiribiri 72 persons, including Yagana, enrolled in a farming and irrigation project. The selected households receive a monthly stipend of N17,000 (US$47) from WFP to bridge the food gap until they are able to harvest their crops.

“If we produce our own food, we are going to be respected; we are going to have our lost ground back. That’s the dignity I want for my people in Kiribiri,” says Zanna Lawan Umar, the village head. 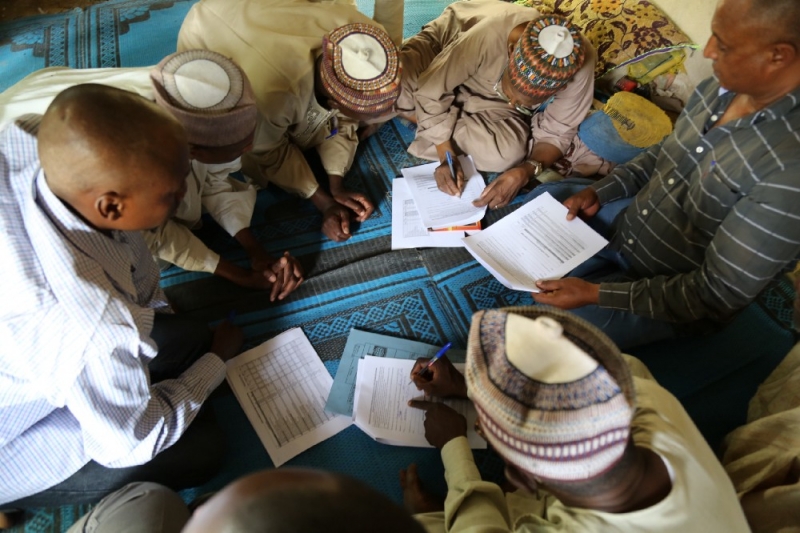 Modu Koru is another Kiribiri resident poised to change the lives of his family members through the programme when harvest time comes. Koru, who has two wives and nine children, also lost his farmlands years ago due to a threat by fighters. 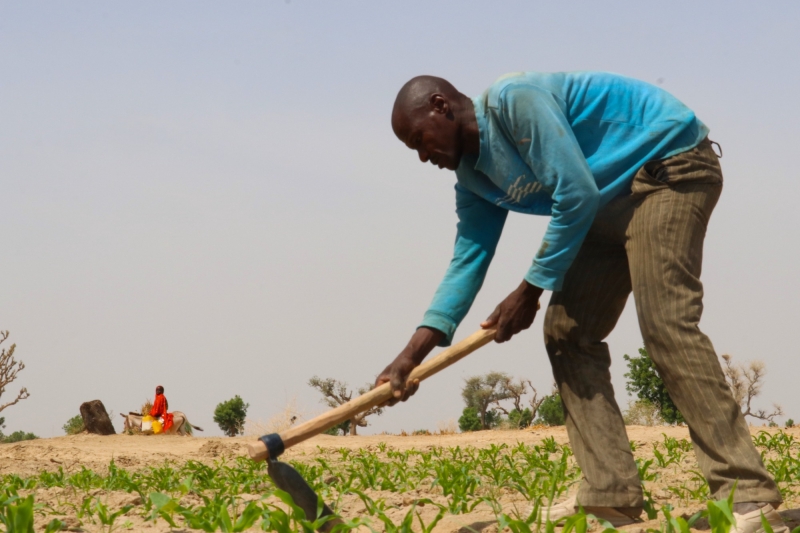 “The conflict drove us out of our farm. We’re happy to be back farming and not begging on the streets or subjecting our children to be street beggars.”

While Modu Koru waits to harvest his crops in a few months, he is happy he was able to farm again after a prolonged conflict.

“The conflict drove us out of our farm. We’re happy WFP is taking us back to farming as opposed to begging on the streets or subjecting our children to be street beggars,” says Modu Koru. 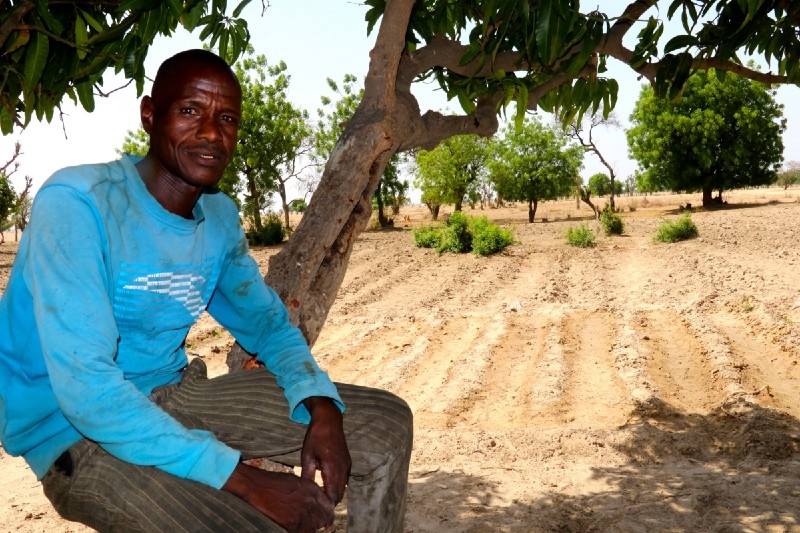 Modu Koru will receive a sum of N17,000 ($47) cash assistance during the lean month to buy desperately needed food for his two wives and nine children before harvest time. Photo: WFP/Adedeji ADEMIGBUJI

The programme provides a number of livelihood activities. Some households are involved in constructing water boreholes for irrigation, making it possible for the farmers to plant and harvest several times a year. Others run a tree seedling nursery, and a number of women will start little businesses with poultry production. 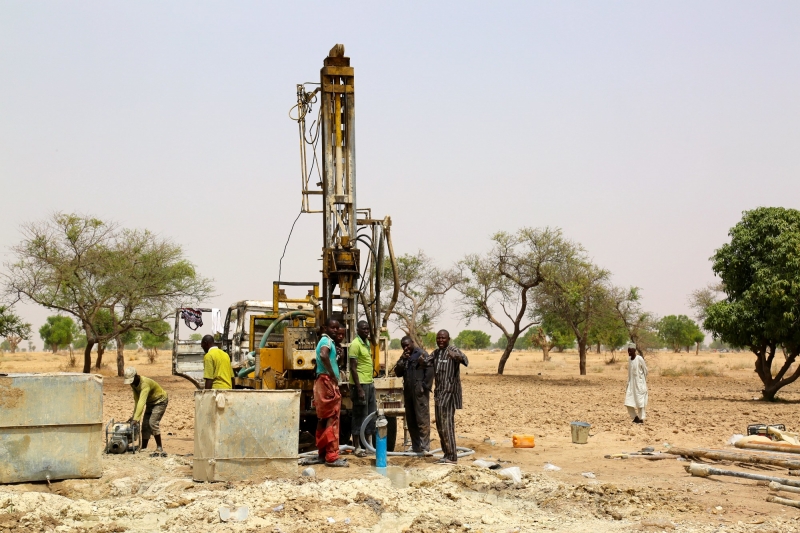 The communities will also benefit from the construction of feeder roads, waste disposal pits, soil and water preservation, a vocational centre and market sheds, among others. 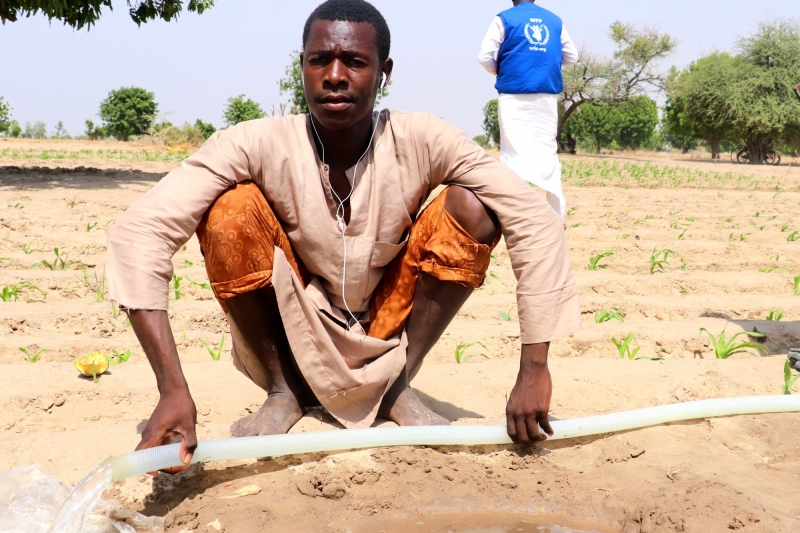 Some Kiribiri residents are temporarily employed on projects supporting farming. Mallam Burka is part of a borehole/irrigation team ensuring that crops can be harvested also in the dry season. Photo: WFP/Adedeji ADEMIGBUJI

Although WFP assists around 1.2 million people every month with food or cash distributions in northeast Nigeria, the plan is to push for more projects like FADAMA, supporting families to regain their livelihoods. This is in line with WFP’s mission of saving lives in emergencies and changing lives to make people resilient and self-reliant.